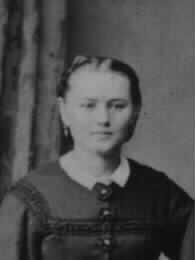 Johanna Wilhelmine Zippel immigrated on the 'Peter Godeffroy' to Port Adelaide arriving on November 18, 1855. The Shipping Intelligence column of The South Australian Register on Monday, November 19, 1855 listed the passengers who arrived on the Peter Godeffroy, a ship of 750 tons which arrived in Port Adelaide on Sunday November 18, 1855. Amongst the passengers were "Gottfried, Dorothea Elis., Wilhelmine and Carl August Zipyel". The ship had departed Hamburg on July 11, S. Johansen being its Master.